While some may have found themselves with more time on their hands than they had anticipated this Spring, Liveryman Jane Drummond has been hard at work producing scrubs for the local NHS in Lincoln. She writes:

I had been wondering what I could do to help in the fight against the corona virus & it didn’t take long before the answer found me. I had a message from a WhatsApp group I belong to asking if anyone would be willing to stitch sets of scrubs & laundry bags for the local hospital? It would seem that a request had gone out across the county for help via Facebook.

We are making scrubs from unwanted sheets and quilt covers, as long as they can be washed at 60C. I don’t think there is an airing cupboard in the county that’s not been plundered. I’m mainly making the tops as they are a bit more technical. The request has been for 1000 sets of scrubs, with the promise that should there be more than that, then they would pass them on to another hospital. The laundry bags are in great demand, we’ve been giving those to the hospital & local care homes.

These items have cost the NHS nothing as everything has been donated. It’s good to feel you can make a practical contribution & support the people who care for us when we most need them.

Time to get back to my sewing machine. 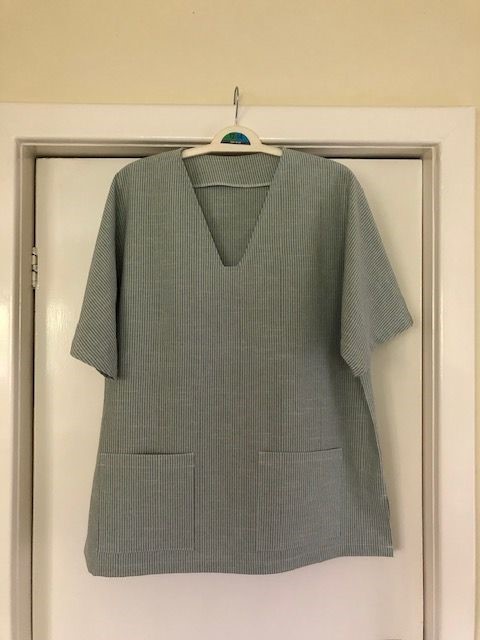 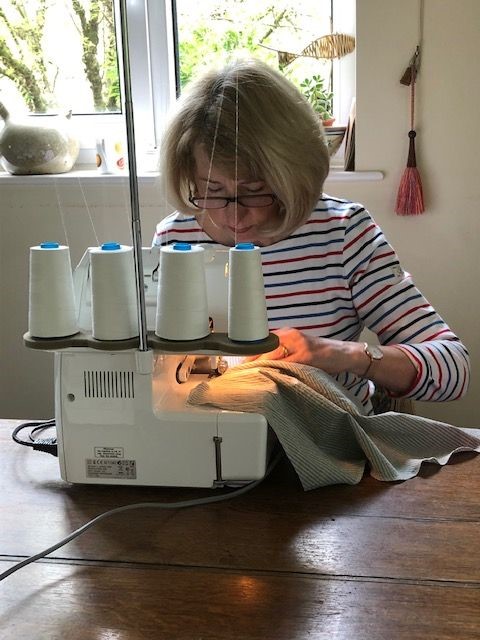 Meanwhile, Past Master Bryan Toye reports that his firm, Toye, Kenning and Spencer have diverted their efforts to make (rainbow, obviously) headbands, complete with medically safe copper buttons for medical staff. These bands, which allow staff to wear face- masks comfortably for very much longer than the normal rubber straps which can irritate wearers’ ears, have been exceedingly well received. The pattern is now being widely copied. 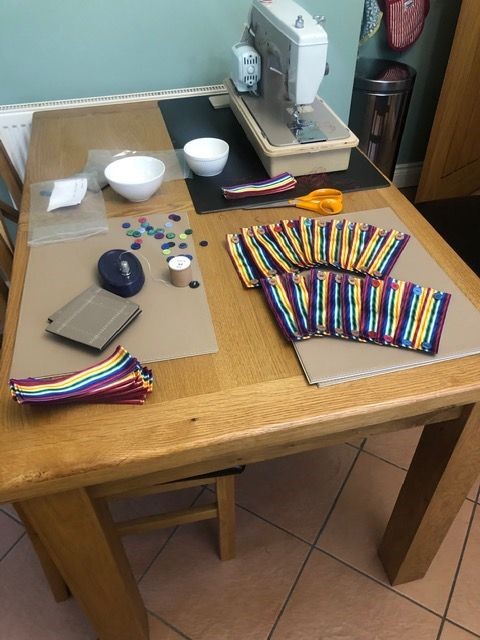 A True Rainbow of Headbands for PPE