On Monday 22nd November, some 50 Broderers and their guests gathered on a chilly Autumn evening at the Art Workers’ Guild for the annual Company lecture. In the heart of Bloomsbury, the Art Workers’ Guild, with its quirky layout and fascinating history has rapidly become the Broderers’ venue of choice for their annual lectures enabling, as it does, a convivial and intimate atmosphere. 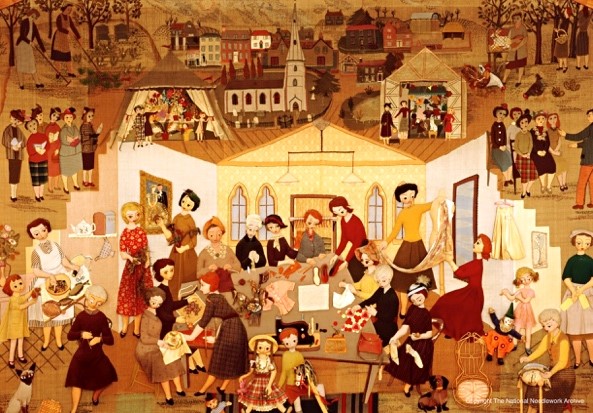 After an interesting oversight of the National Needlework Archives, the evening’s topic, presented in fascinating detail by Linda Connell was ‘The Country Wife’ textile mural, an enormous, part-3D piece of stumpwork designed by Constance Howard for the Festival of Britain in 1951. Produced a time of real austerity, this behemoth of a wall hanging (5m x 4.5m) was produced in just five months and is now beginning to show its age with signs of light, dirt and water damage. It was particularly interesting to learn how, after an age of clothing rationing, the needleworkers – many of whom were volunteers, had applied time and effort to effect changes to different pieces of the same cloth to achieve an effect, so easily purchased these days. 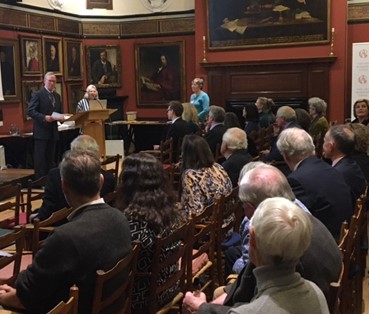 The mural was always intended to be viewed from a distance, so stitches are frequently visible - most often seen where figures, each made separately, were stitched onto the linen background. The sensitivities of the day demanded a sense of decorum for ladies and Broderers will be pleased to know that every single character in the mural has the appropriate underwear! 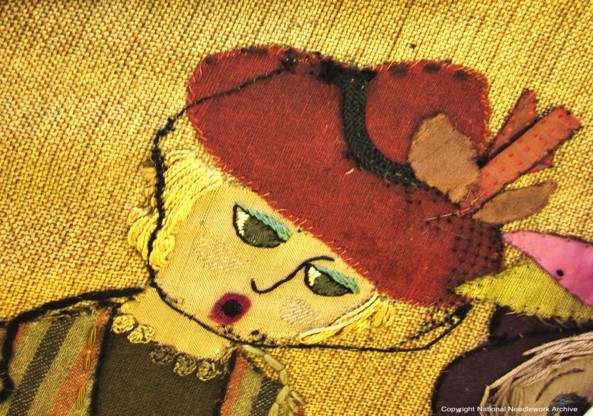 As usual, after the lecture Broderers gathered to catch up with old friends and meet new ones and enjoy a glass of wine. 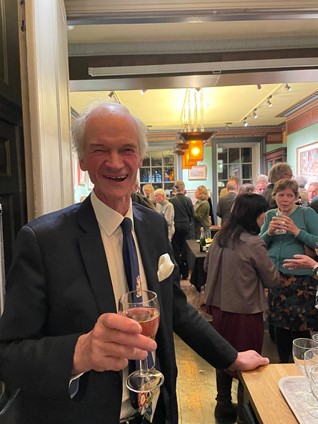