The latest Broderer’s Livery Company Lecture saw over 70 people – a mix of Broderers and professional embroiderers hear art historian Clare Ford-Wille talk about the craft of embroidery in the time of the Stuart Kings. 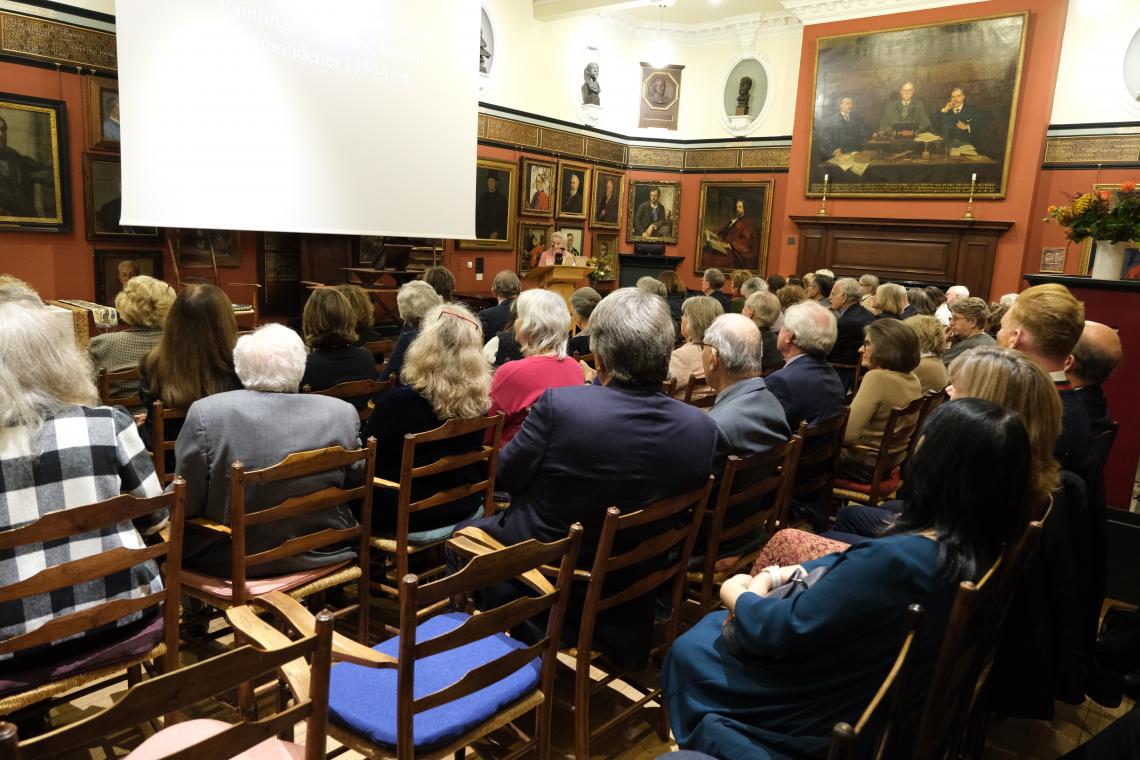 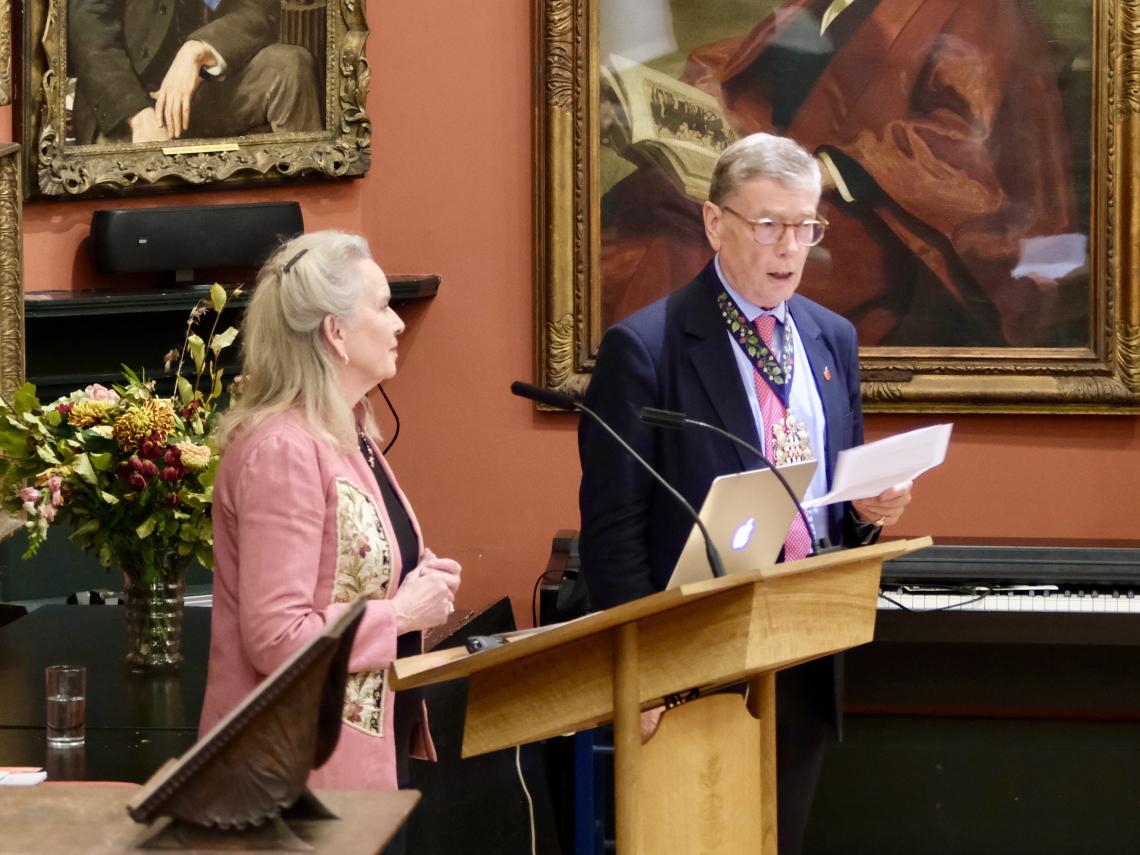 Edmund Harrison, sometime Warden of the Livery Company worked at the Court of James I, Charles I and Charles II, interrupted only by the English Civil War.   He was known to have bought a number of items following the excution of Charles I which he put to good use by giving them back to Charles II, along with a certificate confirming him the “ablest worker living” – all of which saw him re-instated as the official King’s Embroiderer to Charles II.  His will dated 1665 confirmed this was a very lucrative position and well worth his efforts to get into the new King’s good books.

We know less about John Parr, who was also a Court embroiderer in the time of Queen Elizabeth and James I.   Account books belonging to Bess of Hardwicke showed that she paid him £50 to embroiderer a gown (which had already cost her £59 14s to have made) in order to curry favour with the queen.  This extravagance was in contrast to the £30 a year Bess paid to her most trusted lady in waiting! 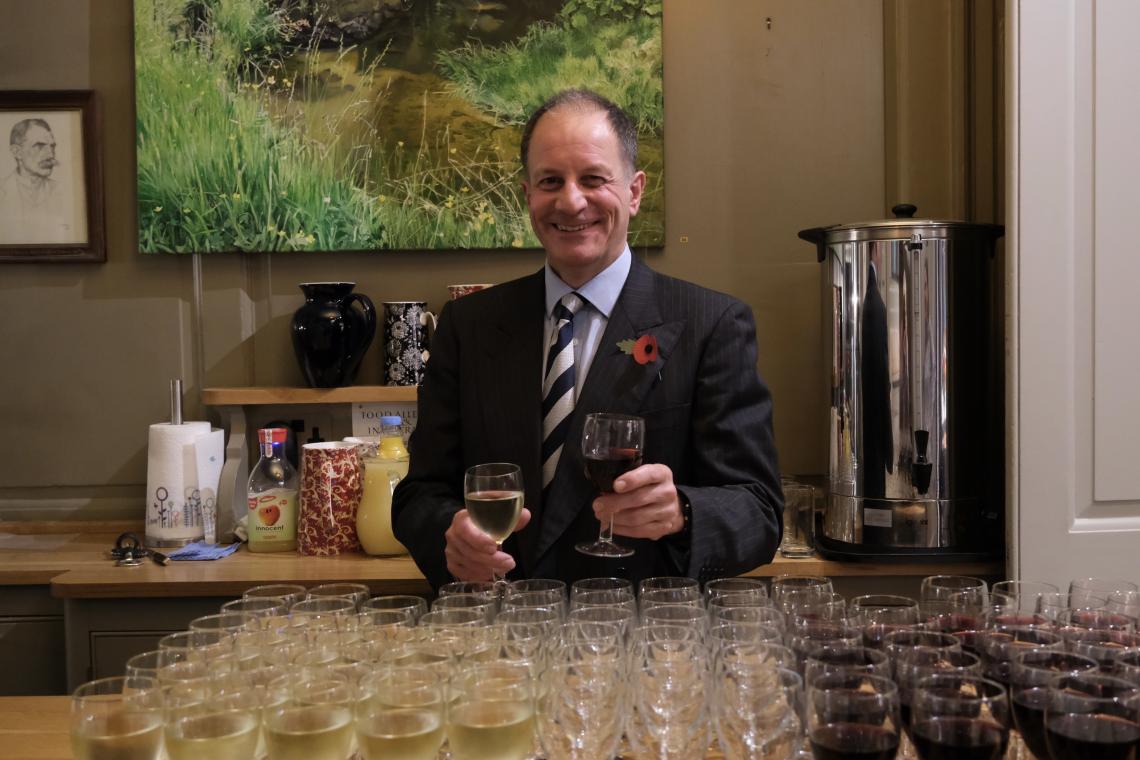 As is our custom, when we get together, we enjoy a glass of wine or two – which showed off the skill of the Clerk and gave the rest of us a chance to catch up with old and new friends.  A splendid evening all round.