The first Charter has long since disappeared from view – whether from bomb damage or fire it is impossible to say – and after many years without a physical Charter, the Company was honoured to be granted a new Supplementary Royal Charter by HM The Queen, signed in Council on 19th March 2019.

HRH was then escorted by the Master to the Parlour and Court Room, where the Master presented Members of the Company, as well as representatives from the St Paul’s Broderers and some of the Company’s supported charities.

HRH inspected the displays of the craft before being invited to unveil the Charter.

The Master presented HRH with a small embroidered gift before her departure.

The Company then enjoyed lunch in the Great Hall.

Note on the Supplementary Royal Charter

The Supplementary Royal Charter was written and illuminated by Timothy Noad. A leading calligrapher and heraldic artist, Timothy is Scribe and Illuminator to HM Crown Office of the House of Lords. Examples of his work are in the Royal Collection and the Victoria and Albert Museum. He does much work for the College of Arms and highlighted that he was greatly assisted by Tim Duke, the Norroy and Ulster King of Arms, a senior herald and a Liveryman of the Broderers. Timothy Noad also explained that he had been given some freedom with the arms of the Broderers, for example including two doves, the sign of the Holy Ghost, with one at each top corner of the Charter, whereas the Broderers’ arms usually have only one dove. As the craft is described as the mystery of embroidery, an extra Holy Ghost can do no harm. There is also a golden thread painted on the border, to symbolise embroidery. The Broderers were delighted to engage with a leading craftsman in calligraphy and illumination. 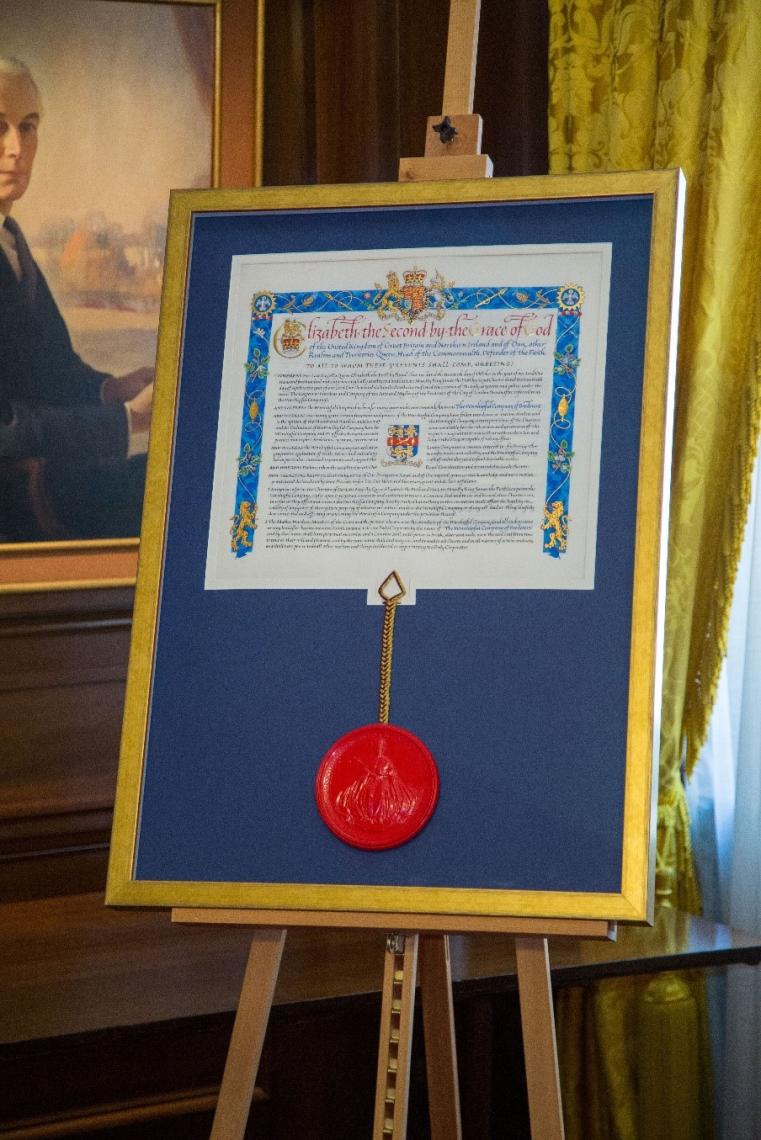